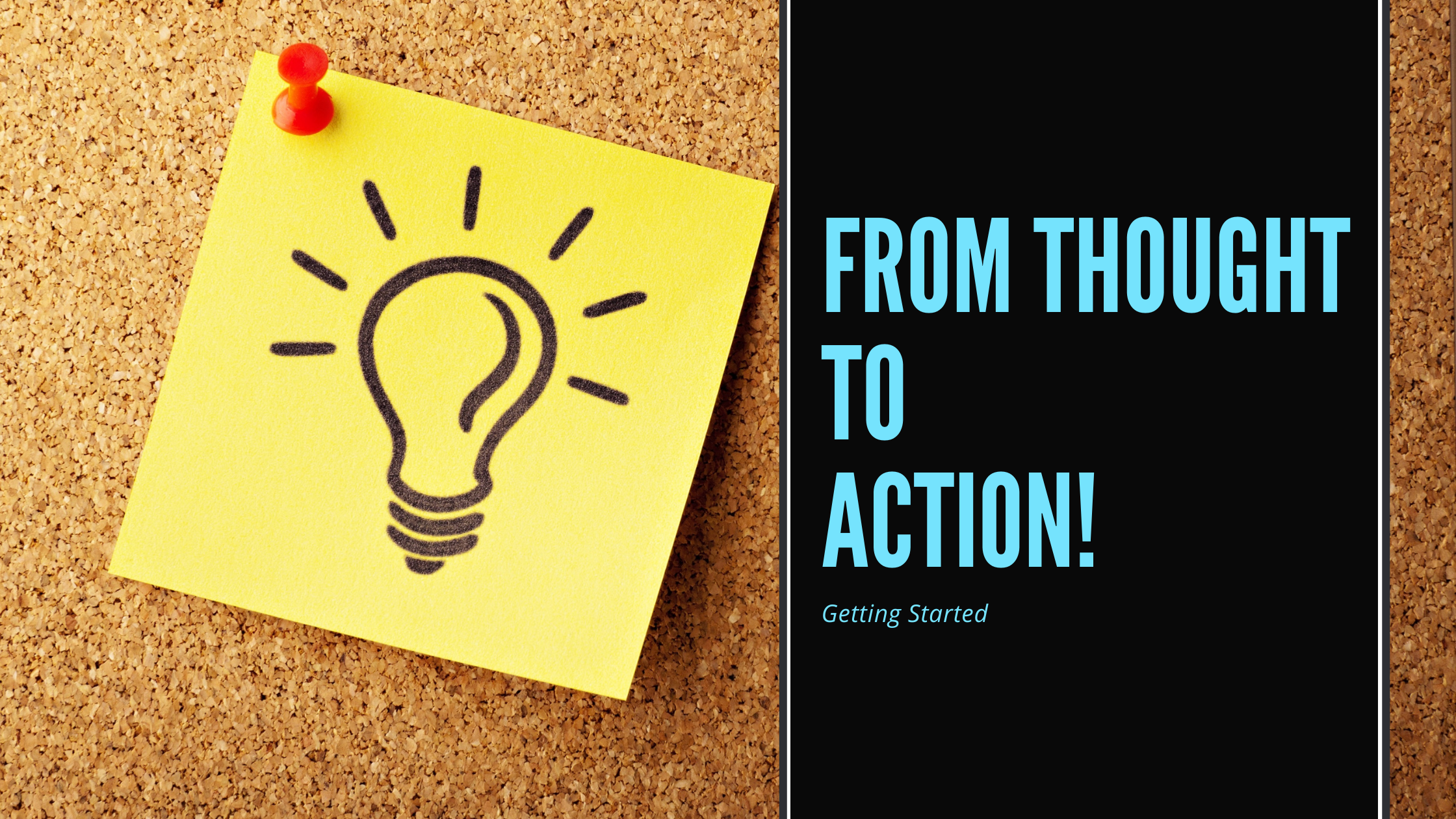 You think it, you take action!

But some people don’t and this has been something that has fascinated me as I’ve started to study, through coaching, the way the mind can work for some people yet another way for someone else.

I’m not just talking small action about choosing what to watch on the TV but drastic, life-changing action.

So what is the secret?

Well, what’s the thoughts that go into taking action? As the thought is the foundation to all that we do and achieve.

It’s the emotion that is given to that thought. The intense focus can bring a thought alive and in doing such we assign emotion to it.

So if we vision what it is we want to achieve but also take a moment to think about what emotion we give to the thought if we were to complete or act upon it.

So let’s say you had a thought about starting up a business. What would that mean to you? Not just the journey about getting started but lets think about what it’s like when you’re actually at the point where you have completed this. The business is up, you’ve got your first customer or clients and you are at the point where you feel as though you’ve completed your founding goals.

How does that feel? Now really focus on that idea and get specific. What day, what time would that be completed? What would your friends and family say about this and does that make you feel any better?

What I’m saying here is action is a thought with intensity. So much so that it became an emotional response and you absolutely had to accomplish the goal set by the thought. You created a vision, a hallucination even, of the future.

Envision the new habits to achieve this but just as importantly think how it would feel if you didnt act.
How would you look back on your life if you didnt take action?Regretful? What would the cost of inaction be?

So the action for most comes from a thought of consequence. The consequences of not taking action outweighs any risk from manifesting the thought into reality.

A simple thought can change the rest of your life. So think great and then take greater action.

The consequences of not taking action could be the highest cost.

Tags: how to, Success, take action