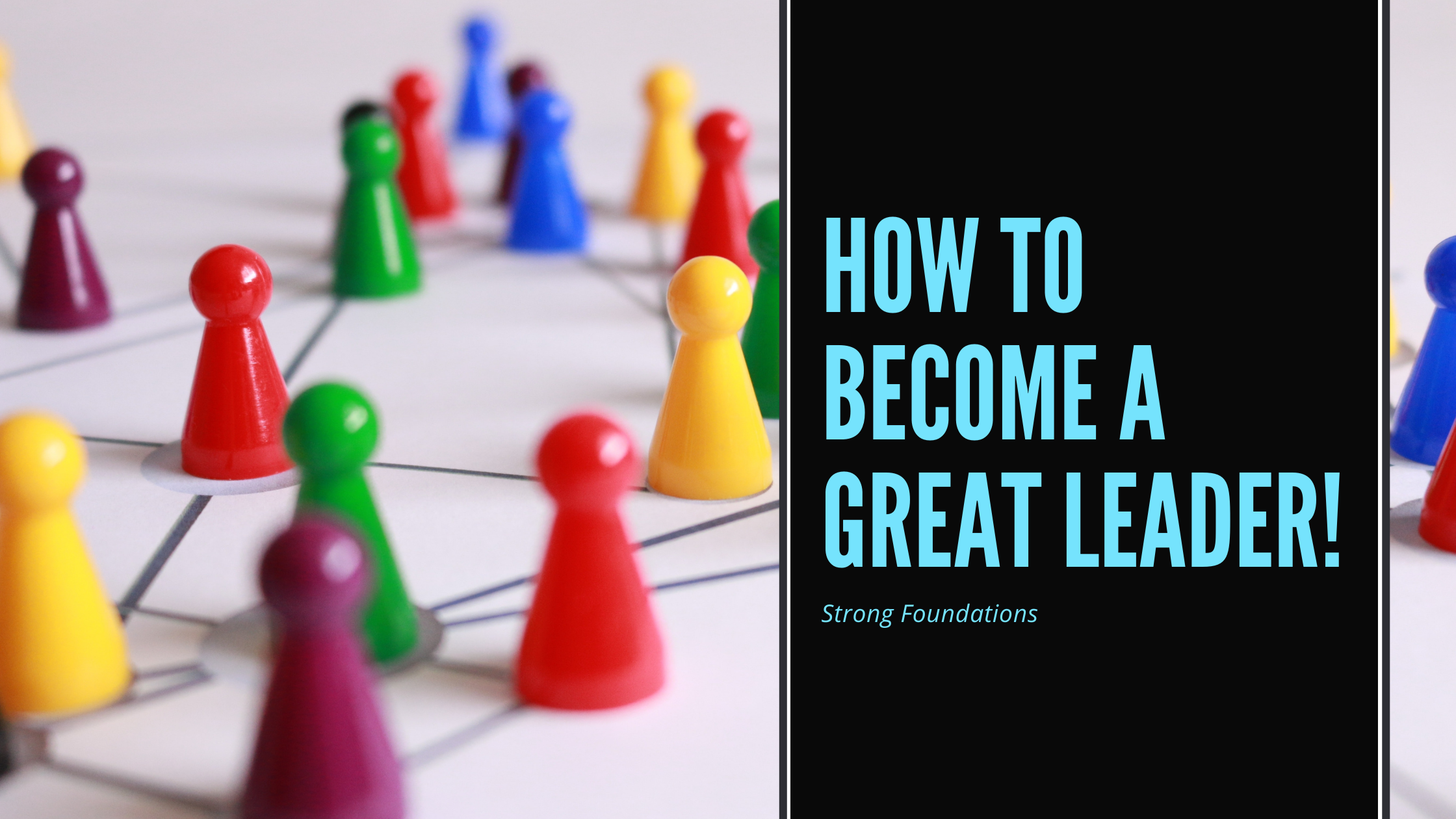 When the word leadership is mentioned it’s normal to imagine an authoritative figure giving such an inspiring speech that everyone screams at the top of their lungs, beats their chest and follows them into battle for a great cause.

What’s important to understand is that anyone can be a truly great leader. A parent can be a leader for a child, a junior staff memeber can lead a senior staff member. Leadership is at all levels.

But what is it? It’s an ability to influence others ethically to achieve a common goal.
As a parent it my be to influence a child to be in bed by a certain time.
A junior staff member may have seen the faults in the processes in the workplace after experiencing them first hand.

So let’s lay some strong foundations for leadership.

It’s important to build rapport. If you’re in rapport with someone you’re more likely to be able to influence someone quicker.
Without going into rapport building models I would suggest keeping it high level.

Understand how they see the world

Have you ever found common ground with someone and from then on you’ve got on really well with them?
That’s because you’ve shared an understanding and a viewpoint on something. You’ve understood how they see that. You’re in agreement.
So understanding how they see the world will help to understand the person a lot more. This will help you to understand what could make them happy, sad, stressed, relieved and will allow you to communicate more effectively.

Find out their goals and visions

By finding out what they want to achieve you will be able to remain flexible in your leadership techniques.
If you try to lead them to get promoted into management because that’s what you want then you’re not understanding what they truly want to achieve. They may have decided that they don’t want to go into management because that takes them away from the performing the job that they enjoy doing.
So if you try to give them advice based on your goals and visions you’re not going to be able to lead them as expected as you wont be able to build that rapport. You’re intended result differs to theirs.

But if you understand what their goals and visions are you can change your advice to be inline with what they want to achieve. This will build the rapport quicker and make you a more effective leader.

The combination of the above is a strong foundation to build on. You’ll understand if you’re leadership style is working as you will be able to influence not just for that moment but over a longer period of time.
So build rapport and use the above understandings to communicate on a more meaningful level to ultimately improve on your leadership impact.

Tags: foundations, how to, lead, leadership